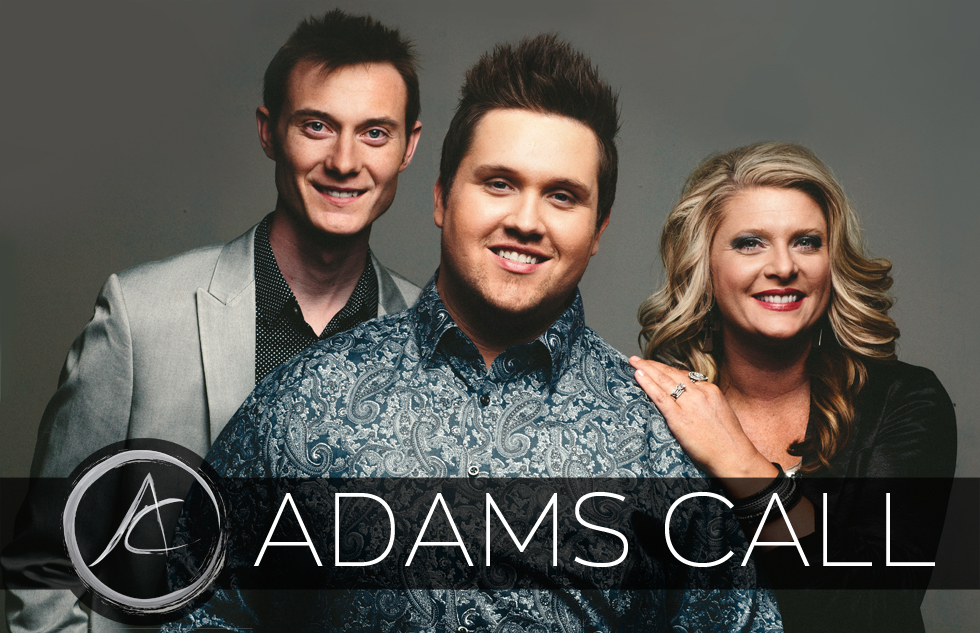 Every Christian Vocal group has the challenge of selecting and delivering songs, and testimony that will leave a lasting mark on every individual that hears the songs they present. The commitment and dedication that is made to aspire to change lives for the better is a big challenge to accept; however, 1 Corinthians 15:45 reminds us that Christ is a Life-Giving Spirit and as christians there is no grater calling than that to be more like Christ.  Adams Call has faithfully accepted the calling commissioned to us to spread the message of Mercy, Grace, and Salvation, through powerful lyrics, and real life testimonies.

As a Mixed Trio from Nashville, TN, Adams Call has already seen countless lives changed through the ministry of music, from sharing their heart in song in intimate church settings, to performing for over 12,000 people on the National Quartet Convention main stage.

This multi-award nominated Trio was formed in mid 2012, and under the leadership of Bobby Davenport, as a male trio. The group transitioned to a Mixed trio with the addition of Melissa DuVall, in January of 2013, followed by the addition of Mack Rogers in 2016. The release of the groups first concept video, hinted at the success the group would soon encounter, The video for “Don’t Give Up’ was nominated for Video of the Year in both 2013, Followed by another nomination in 2014, and adding a nomination for Sunrise Artist of the Year, and Christian Country Album of the Year, for the recording “Live at Six Mile”

The trio’s newest Recording, “Between Here and Heaven” features powerful and encouraging songs that have quickly become national radio favorites. “Back to God”, which debuted at #52 in the Singing News Charts, and “Between Here and Heaven” have quickly become the trio’s fastest rising singles to date. The Groups newest Music Video to the title track received Over 35,000 views in its debut week, before reaching the #1 spot in Southern Gospel Charts!

Adams Call continues to reach new heights, as they strive to reach the word with the presentation of the message through song. “Every once in a while you will see a group come along with the true heart of ministry, and a talent that is out of this world, Adams Call is one of those groups, and certainly a group that everyone will be watching.” Says Sophia Davis of The Adoration Agency.

“We are striving to reach people and challenge ourselves to be the very best we can be, both vocally and spiritually, and I feel thats what we need to do as minister, in order to help others”, explains Davenport. “Our goal is to please the Father, and grow in the process.”